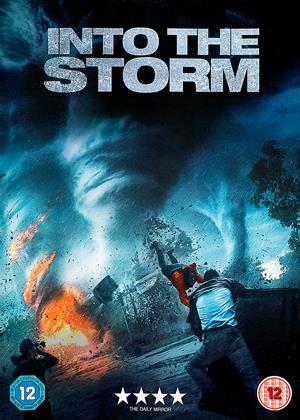 Reviews (2) of Into the Storm

Another bit of a disaster film again but its a good story and very good special effects. I really enjoyed it throughout, probably not a film I would watch again but would recomend to watch the once.

Pleasantly surprised - Into the Storm review by JM

I didn't have high expectations from this film. I thought it would be a cheap 'Twister' knock-off. I was pleasantly surprised. Enjoyed the film throughout. Characters were likable, story was good and the acting was of a good standard too....in fact, i can't fault it. Definitely worth a watch if you like the disaster genre.

Into the Storm review by Michelle Sommerville - Cinema Paradiso

This is far from the first time a story has revolved around ‘the biggest storm we’ve ever seen’, and with audiences demanding unique and fresher entertainment, Into the Storm has quite the challenge on its hands. You can pretty much guess the kinds of things you are going to see - flying houses, screaming children, torrential rain - but the story needs to prove itself with more than just visual tricks. The good thing for Into the Storm, is that it has Richard Armitage.

Never has a day been more exciting, and chaotic. The senior class of Silverton high school are ready and raring for their graduation. Vice Principal Gary Fuller (Armitage) has arranged for his two sons to video-record messages from the seniors to put in a time capsule to be opened in twenty-five years. But the cameras capture a lot more than they were expected to. The small town is mercilously battered by numerous tornadoes, collapsing buildings and decimating the town bit-by-bit. Storm chasers reveal that this onslaught is only the beginning, and things will get worse before they get better. Some run for their lives, while others run for the perfect shot.

Movies like these, especially with the progression of technology, have to have exceptional visual effects. Into the Storm has this in bucketfulls. Despite all other critiques, this is the one area that everyone seems to agree. You can tell a lot of time and detail was put into these effects, and I can’t even begin to imagine how long it took for the animators to make all of the smaller pieces of flying debris that added to the atmosphere just as much as the large flying objects.

Let there be no mistake, I love Richard Armitage. The characters, I’m not overly fond of. I find it hard to think it’s the result of the acting - because I know this cast can all act - so maybe it’s the writing and/or directing. Either way, something feels a bit lacking in the performances.

Additionally, I think the days of ‘found footage’ films are out. Though it is understandable in the story why it was done in this way, it has been done too many times before, and this film didn’t add anything extra to it to make it stand out and unique. It also doesn’t completely make sense why some are continuing to record in such volatile and life-threatening moments (excluding the storm chasers). Yes, we live in a horrible age where people go to concerts and spend the whole time looking at their camera phones instead of actually watching the performer, but I don’t think too many people would risk their lives like this. Also, they wouldn’t have cameras, they would have smartphones. Lastly, it’s also hard to believe their screens are not getting wet and dirty, when mine would be wrecked instantly, not including out of battery.

It would have been nicer to have more character development, but overall, it’s an entertaining film that will be liked by most audiences.